Suja varunee was born on 11th October 1984 in Chennai, Tamil Nadu. She was born into a Hindu family. Her mother name Vijayakumari. We didn’t find any details about her father. (Will update soon.)

She has a sister name unknown.
According to sources, she is married to Shivaji Dev, who is the son of famous film producer Ramkumar Ganesan. 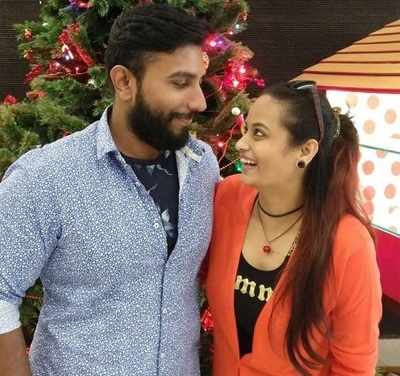 She is 5ft 5inches tall and weighs over 64 Kg. Her figure measurements are 34-28-35. She has black hair and eyes which compliment her looks.

She completed her schooling from the hometown of Chennai. She started her acting career at the age of 14.
At the age of 14, Suja was selected to portray the leading role in the coming-of-age, romantic drama Plus Two movie in 2002. The film did not perform well, Suja decided to take a break from the film industry.
In 2004, she again appeared in Varnajalam, Tamily thriller film. For a couple of years, she worked in many films including Maayavi (2005), Pallikoodam (2007), Kuselan (2008) and Jayamkondaan (2008).
Suja also worked with Rajinikanth in Kuselan (2008) movie. Her other works includes Kannada horror-comedy Aptharakshaka (2010) and its Telugu remake, Nagavalli (2010).
In 2017, Suja took part in the reality television show Bigg Boss Tamil 1 hosted by Kamal Haasan, which bring her huge fame.
In 2018. she appeared in Bigg Boss Tamil 2 as a guest from day 85 to 91.