Skip to content
Nani is an Indian actor, mainly appears in the Telugu film industry. He is also a producer, assistant director, and an RJ. Check out more about Nani wiki, age, wife, family, Nani real name, biography details here.

Nani’s real name Naveen Babu Ghanta. Nani is his stage name. He was born on 24 February 1984 (34 years) in Hyderabad Telangana to Rambabu Ghanta and Vijayalakshmi Ghanta. He also has a sister Deepthi Ghanta. 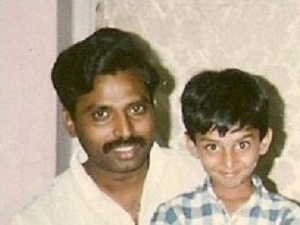 Media reports say, he is married to Anjana Yelavarthy on 27th October 2012 and has a son Arjun born in 2017.

Nani did his schooling from St. Alphonsa’s High School, Hyderabad and completed graduation from Narayana Junior College, Hyderabad and Wesley Degree College, Secunderabad.
Nani made his film debut in Ashta Chamma in 2008. He then starred in commercially successful films such as Ride (2009), Bheemili Kabaddi Jattu (2010), Ala Modalaindi (2011), Pilla Zamindar (2011), Eega (2012), Gentleman (2016), Nenu Local (2017), Ninnu Kori (2017), and MCA (Middle Class Abbayi) (2017), some of which rank among the List of highest-grossing Telugu films.

In 2013, Nani produced his first film D for Dopidi, which became a commercial success at the box office. In 2018, his second production venture Awe, was also commercially and critically successful.
In 2018, Nani began his television career and is hosting Bigg Boss Telugu 2, the second season of the popular reality TV show Bigg Boss in Telugu. The second season began airing on 10 June 2018.

Awards: He won the State Nandi Award for Best Actor for Yeto Vellipoyindhi Manasu, and the Filmfare Critics Award for Best Actor – South for Bhale Bhale Magadivoy.[5] He was also nominated twice for the Filmfare Best Telugu Actor Award, for the films Bhale Bhale Magadivoy and Gentleman. He is referred to by his fans as ‘Natural Star’. He is considered to be one of the most popular stars of Telugu cinema.