His uncle Krishnam Raju Uppalapati is also a Telugu-actor. He has an elder brother- Pramod Uppalapati and an elder sister- Pragathi.

Prabhas was in an alleged relationship with the actress Ileana DCruz while they were working together in a movie. But currently no news about them.

When Baahubali got released in 2017, the chemistry between Prabhas and Anushka Shetty became an instant hit among his fans. Because of this chemistry, rumors started doing rounds about the two being in a relationship.

Prabhas is 6‘ 2inches tall with 45 inches chest, 16 inches biceps and 35 inches waist. Prabhas is one of the most popular actors among girls; as he received over 6000 marriage proposals during the making of Baahubali 2.

Prabhas did his schooling at DNR School, Bhimavaram, Andhra Pradesh and got enrolled at Sri Chaitanya College, Hyderabad from where he got a degree in engineering. Although he was the son of a film producer, he had no intention to become an actor. He had always thought of doing business.

He started his acting career with Eeswar (2002, Telugu) and following this he continued working in 1 or 2 movies in a year. He has been appreciated for his work in every film for being a versatile actor. He has worked in 20 films in over 15-years of his career.
He was critically acclaimed for his performances in the films Chatrapathi (2005) was directed by S.S. Rajamoulli, and Billa (2009) for his Macho image in the film. 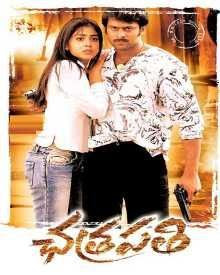 His other films are included, Darling, Rebel, Mirchi, Mr. Perfect.

In 2014, he was offered a movie Baahubali: The Beginning by S. S. Rajamouli for which he devoted two complete years. It was a risk for him as he had signed no other films during that period, but when the film got released, his hard work paid off and the film became India’s third highest-grossing film worldwide.

Later he appeared in its sequel Baahubali: The Conclusion (2017) and the film broke its previous record becoming India’s second highest-grossing film worldwide. The film also won a National Award for the Best Film (2017).

His upcoming film Saaho (set to be released in March 2019) is an upcoming Indian cyberpunk action film written and directed by Sujeeth and produced by UV Creations and T-Series. This film teaser is released on 23rd October 2018, on Prabha’s birthday.

Shahrukh Khan and Salman Khan are his favourite Bollywood actors. His favourite actress from Bollywood is Deepika Padukone and in Tollywood, Jayasudha, Trisha Krishnan and Shriya Saran. Prabhas likes to watch Hollywood movies too and he favourite actor in Hollywood Robert De Niro. Along with acting, he also likes reading books and his favourite book is The Fountainhead by Ayn Rand.