Veeru Devgan, who rarely made public appearances, was last seen at the special screening of Total Dhamaal in February 2019.

Veeru Devgan died in the morning of 27th May 2019 in Mumbai, aged 77. Veeru Devgan had not been keeping well for a while and old age and poor health made his health condition worse.
He was suffering from breathing problems after which he was immediately admitted to the Surya Hospital, Santa Cruz. However, his condition got critical and resulted in cardiac arrest.

Releasing an official statement, the family said, ‘With profound grief and sorrow, we regret to inform that Mr.Veeru Devgan, Veteran Action Director, and Father of Ajay Devgan passed away. Funeral was held at Vile Parle West Crematorium at 6:00 pm on 27th May 2019.‘
Anupam Kher said in a tweet that:

Veeru Devgn was born in the year of 1942 in Amritsar, Punjab, British India. 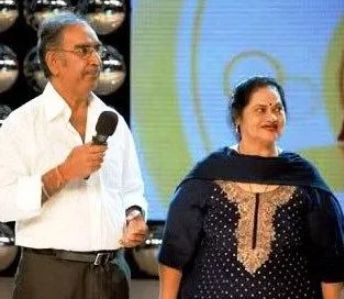 He was married to Veena Devgan. He has two sons- Ajay Devgan and Anil Devgan. And has two daughters- Neelam Devgan, Kavita Devgan.

Ajay Devgan is a Bollywood actor who is married to Kajol. Anil Devgan is a director,. He was also the creative director in ‘Son of Sardar’ and also in ‘Shivaay’.

We didn’t know much details about his education.

He choreographed fight and action scenes for over 80 Hindi films.