Guru Randhawa aka Gursharanjot Singh Randhawa (born on 30 August 1991; age 28 years; as in 2020) is an Indian singer, songwriter, and music composer. He is known for songs like “Lahore”, “Patola”, “High Rated Gabru”, etc. Guru Randhawa’s debut single was “Same girl” in collaboration with Arjun. His zodiac sign is Virgo.

Guru Randhawa was born on 30 August 1991. His current age (as of January 2020) 28 years. He belongs to Jatt Sikh caste. He was born in Nurpur, Dera Baba Nanak Tehsil in Gurdaspur district. By religion, he is a Hindu Sikh.

He considers his elder brother Ramneek Randhawa, the most significant person behind his success.

Guru Randhawa is single and one of the most popular bachelors in India. He has no girlfriend or didn’t disclose his personal life and currently not dating someone. He is still focusing on his career. He is unmarried.

Guru Randhawa completed his education from the Indian Institute of Planning and Management (IIPM), New Delhi. Guru Randhawa had always aspired to become a singer and used to participate in school singing competitions. He was one of the performers for the IPL opening ceremony in 2017.

He started learning the basics of music by watching TV and listening to famous singers. He kept on practicing music, but his first preference was to complete his education. Randhawa has given many stage performances in India and abroad. He became famous for his single track Patola (2015) with Bohemia.


Guru Randhawa’s debut as a writer and singer was with the song Same Girl (2012). Later he came with another single track, Chhad Gayi, which made him gain more fan following. His songs Patola, Fashion, High Rated Gabru, Yaar Mod Do, and Suit, are some of the popular songs among all his songs. He has an album to his credit named Page One.

In 2017, he made his Bollywood debut with Irrfan Khan starrer film Hindi Medium with the remake of his song Suit. 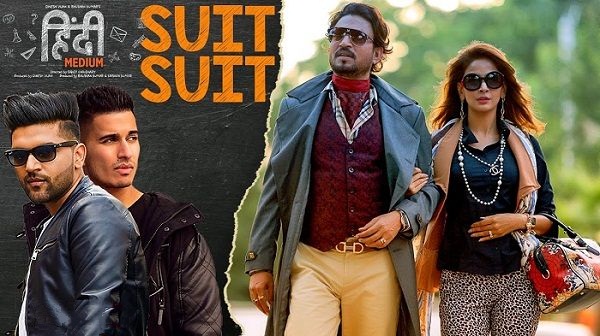 Later in 2017, he also appeared in the T-Series Mix Tape with singer Kanika Kapoor where they recorded the mashup of songs Ambarsariya and Suit, together.

Listening to music is one of his hobbies, and Babbu Maan is his favourite singer. He loves travelling and also playing sports like Cricket and Football. His favourite actress is Sonam Kapoor. His favourite food is Rice and Daal. Guru Randhawa loves to collect different kinds of jackets.