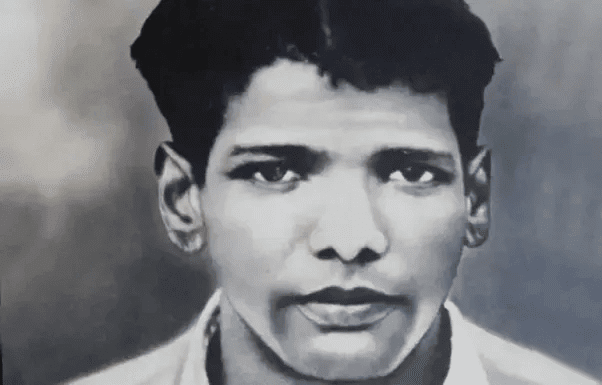 Karunanidhi was born on 03 June 1924 (age was 94 years before death)in Thirukkuvalai, Nagapattinam in the state of Tamil Nadu, India. He is the son of Muthuvelar Karunanidhi and Anjugam Karunanidhi. His Real name is Dakshinamurthy.
He is married to Padmavathi Ammal and has 6 childrens M. K. Muthu, M. K. Alagiri, M. K. Stalin, M. K. Tamilarasu, M. K. Selvi and M. K. Kanimozhi.

Karunanidhi began his career as a screenwriter in the Tamil film industry. He made his debut in the film Rajakumari in which he wrote the script back in 1947, the film gained him popularity and he decided to continue his career in the field. Later, he was inspired by the speech of Alagiriswami of the Justice Party and step into the politics at his 14th age and participated in Anti-Hindu agitations. 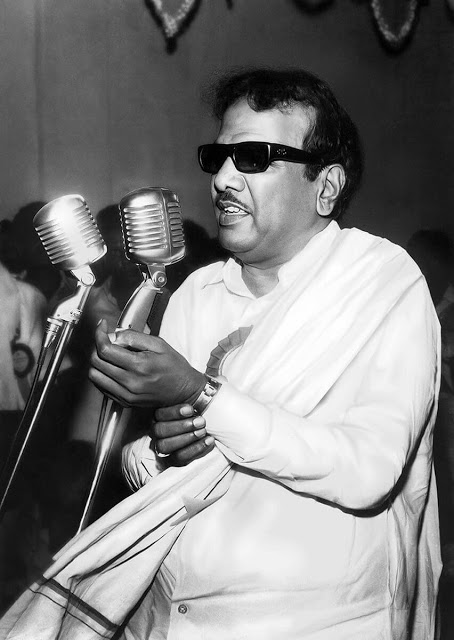 He used Tamil cinema to propagate his political ideas through the movie Parasakthi.
In 1957, M. Karunanidhi was first elected to the Tamil Nadu legislative assembly from Kulithalai seat of Tiruchirapalli district. He became the DMK treasurer in 1961 and the very next year, he became the deputy leader of opposition in the state assembly.
When his party DMK came to power in 1967, he became the minister for public works. After the death of C.N. Annadurai in 1969, Karunanidhi became the Chief Minister of Tamil Nadu. He has served in various positions in the party and government during his long career in Tamil Nadu politics.

As per the report of TOI, “Kauvery hospital executive director Dr Aravindan Selvaraj says the health condition of DMK chief M Karunanidhi continues to remain stable with ongoing medical support. He is continuously being monitored and treated by the panel of experts in ICU.” 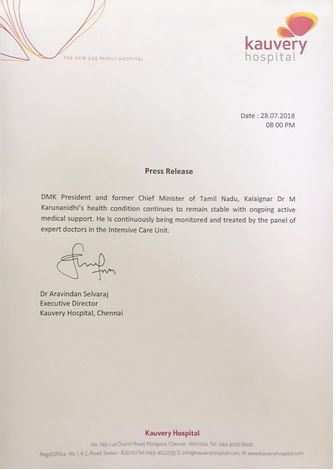 Karunanidhi was died on 7th August 2018 at Kauveri Hospital, Tamil Nadu, Chennai. He was a great leader and will be in our memory for a long time. May his soul rest in peace.

At the age of 20, Karunanidhi went to work for Jupiter Pictures as a scriptwriter. His first film, Rajakumaari, gained him much popularity. It was here that his skills as a scriptwriter were honed, which extended to several films.