Imtiaz Ali was born on 16th June 1971 in Jamshedpur, Jharkhand, India to Mansoor Ali. His current age 47 years (as of July, 2018). He belongs to a Muslim family and we didn’t find any details about his mother. He has brother named Arif Ali.

He was married to Preety Ali and has a daughter name Ida but due to some reasons they divorced in 2012. According to media reports he is dating Iman Ali. 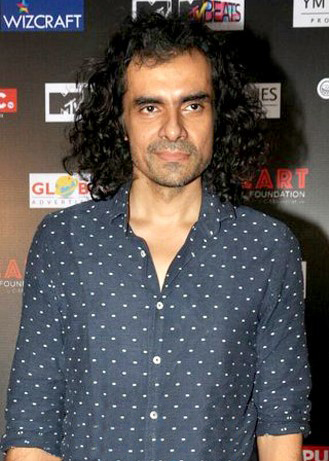 Imtiaz had done his primary education at St. Michael’s High School, Patna and later in D.B.M.S. English school, Jamshedpur. He attended the University of Delhi in Delhi, where he took part in college theater. He has started Ibtida, the dramatics society of Hindu College. Consequently, Imtiaz moved to Mumbai and has done a diploma course from Xavier Institute of Communication.

He started his career with writing and directing television shows. He directed shows like Imtehaan, Naina and Kurukshetra. In 2005 he made his directorial film debut with Socha Na Tha, that did not do well. Then he earned critical and commercial success for his direction of Jab We Met (2007). Love Aaj Kal (2009) and Rockstar (2011) made him a noted filmmaker. And from that time he never looked back.

His next production film, Tamasha, starred Ranbir Kapoor and Deepika Padukone in the lead roles and was a moderate success and opened to good reviews from cities.

Imtiaz Ali is coming up with an upcoming movie tentatively titled “The Ring”. It features Shah Rukh Khan and Anushka Sharma in the lead roles. It will be produced by Red Chillies Entertainment.